Adam was born in Birmingham, where he lived with his family until he moved at the age of 13 to Bath. He started performing at the late age of 14 at his local dance school in Aberystwyth in mid-Wales. Upon turning 16, he started his professional training at the Hammond School of Professional Dance in Chester.

Adam's credits include: Hey! Mr Producer; covering and playing the role of Willard in a UK tour of Footloose, cover all Engines, Components, Hip Hoppers and Flat-Top in the German production of Starlight Express.

Most recently, Adam appeared in the role of Harry and the Bailiff in an off-Broadway production of Chicago.

Adam is thrilled to be a part of the UK tour of Starlight Express and is also excited to cover the role of Rusty. He would like to thank his friends and family for all their ongoing support. 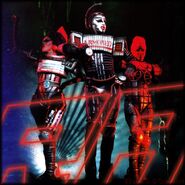 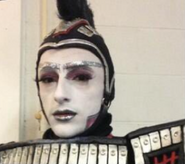