ANDREA McARDLE (Ashley) was the youngest performer to receive a Tony nomination for Best Actress for the title role in the musical Annie. She also received critical acclaim in the London production. She portrayed Judy Garland in "Rainbow," originated the role of Wendy Wikins on "Search for Tomorrow," starred with Carol Channing and Leslie Uggams in Jerry's Girls and toured cross-country with Liberace and Bob Hope, among others. 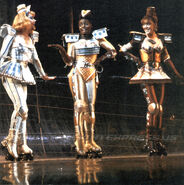 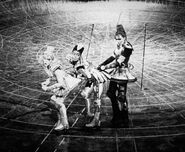 Add a photo to this gallery
Retrieved from "https://starlightexpressmusical.fandom.com/wiki/Andrea_McArdle?oldid=44080"
Community content is available under CC-BY-SA unless otherwise noted.