Rusty Why You Looking Sad

Belle, the Sleeping Car, also known as Belle's Song, is Belle's introduction song. The character, and her solo, only appeared in the 1984 London production and the 1987 Broadway production.

Rusty is downcast since he hasn't got a partner for the race. Pearl decided to race with Electra rather than him, and all the other coaches already have partners, so Poppa introduces him to Belle, the old Sleeping Car. Immediately following her song, Rusty did indeed race with Belle, only to be beaten by Electra and Pearl.

The 1987 Broadway production streamlined the race structure, and in doing so, removed the opportunity for Rusty to race in the heats. This meant that although introduced to Belle, she lacked opportunity to actively assist Rusty, instead she simply went back to sleep at the end of this number.

Although the song itself was cut when the character of Belle was removed, the musical motif remains, most notably sung by Rusty and Dustin immediately following the Starlight Sequence.

Parallels have been drawn between "Belle's Song" and the enormous hit "Memory" from Cats, written 3 years previously. There are similar themes of the old beauty, past her prime, regretting her lost youth and place in society. However, Belle's song is less tragic, she may be old fashioned but, in a very literal sense, she's not out of the race yet. 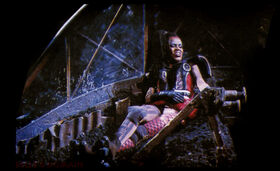 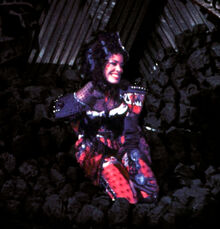