Clare completed her musical education at the Italia Conti Academy of Theatre Arts. As lead vocalist and dance captain, she appeared on stage for "Music Of The Blues Brothers" at the Arts Theatre, London, and played the Tiger Lilly in "Peter Pan" at the Grand Canal Dublin and Southampton Mayflower. She was also an ensemble member and cover maid Marion in "Robin Hood" at the Marlowe Theatre in Canterbury and played Carmen Diaz in "Fame" at the Edinburgh Fringe Festival. In addition to her role as a musical actress, she also starred in a commercial by Irish chip maker Hunky Dory's. Already from 2013 to 2016 she belonged to the ensemble of STARLIGHT EXPRESS. Before returning to Bochum in 2018, she was on stage as Princess Jill in "Jack And The Beanstalk" at the Palace Theatre, Mansfield. 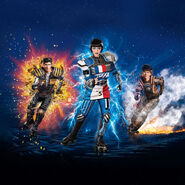 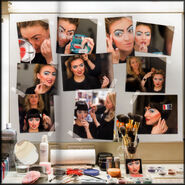