Danni initially played Buffy in the German production of Starlight Express in 1998, then Ashley in London in 1999.  However due to the fact that the London cast changed in April and the German cast in June, she did not start as Ashley until several weeks into the 1999 cast.  in 2000 she was a swing in the London cast, covering all female roles.  In 2001 she returned to Germany to play Pearl, which she continued until the 2005 cast change.

While playing Pearl in Germany, Danni married Matthew Wing, who was a fellow cast member.  As is the custom in Germany, she then performed under her married name. Danni also took two periods of maternity leave from the show as she and Matthew started their family, so although she was first cast Pearl for 4 years, she was not performing constantly throughout this time. 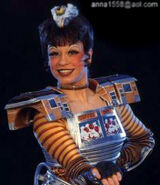 Buffy, Bochum 1998
Add a photo to this gallery

Pearl (swing), London 2000
Add a photo to this gallery 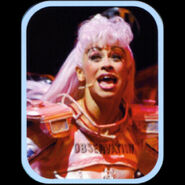 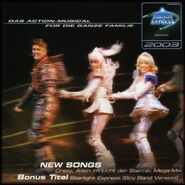 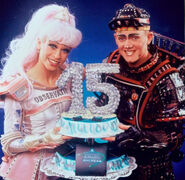 Pearl, Bochum 2003
Add a photo to this gallery 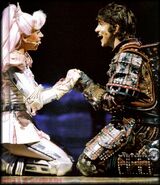 Pearl, Bochum 2004
Add a photo to this gallery
Retrieved from "https://starlightexpressmusical.fandom.com/wiki/Danni_Wing?oldid=45557"
Community content is available under CC-BY-SA unless otherwise noted.