Dewayne began his training as a musical actor in London at the Brit School of Performing Arts and then trained at the Bird College of Dance, Music and Theatre Performance.

He then worked as a dancer for the show "Dangerous Fields" at Stratford Circus, London, and for the "Tina Turner Tribute Show". In 2011 he worked as a singer and dancer on a cruise ship and stood in front of the camera for several TV commercials. Before entering the race for STARLIGHT EXPRESS in 2013, Dewayne worked in the ensemble of "Dick Whittington" at the New Victoria Theater in Staffordshire, England.

In addition to his work as a musical actor Dewayne also works as a model and can be seen in several music videos. As a dancer, he also appeared on stage in 2017 for the Helene Fischer Show and the Schlagerchampions Fest. 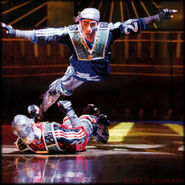 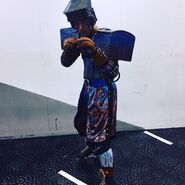