Flamboyantly Italian, Espresso can be played similar to Bobo in style, as a confident, romantic European. Espresso tends to be very flirty, even to the point of finding young ladies in the audience to flirt with. Espresso and Bobo are often played as direct rivals.

In the original London production he raced with Buffy in Heat 1 and loses, and that's pretty much his only spotlight. In other productions, he races with Ashley in heat 2. He and Bobo spend so much of the race fighting, that Poppa gets past to win comfortably. In the 2018 revisions to the German production, he now races with Volta.

In the Japan/Australia tour he was known as Esspresso, with his twin named "Pendelino". Espresso raced with Buffy in Heat 1, and Pendelino in heat 2 with Caboose.

He is cut from the 2003 US and 2004 UK tours, as he was not included in the reduced race structure used for the 3D Race films. 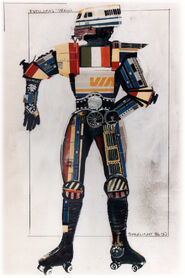 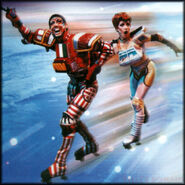 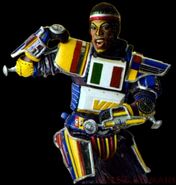