Frances Ruffelle is a Tony Award winning English musical theater actor and recording artist who created the role of Dinah in Starlight Express.

She has appeared in numerous roles in the West End, her most notable being Éponine in Les Misérables, a role she also performed on Broadway and which won her a Tony Award. She has also appeared in shows like Chicago, Child of Eden, Piaf, and most recently, The Wild Party.

Frances Ruffelle (Dinah) is aged 18 and trained at The Sylvia Young Theatre School in Marylebone. She has appeared in many television films, recently as Eunice in P'Tang Yang Kipperbang.

Frances' stage work includes the Narrator in Joseph and the Amazing Technicolor Dreamcoat on tour and Debbie in Gavin And The Monster at The Westminster Theatre, London. She joined the 1983 season at Chichester, playing Louisa in The Sleeping Prince and transferred with the Company to London's Haymarket Theatre. 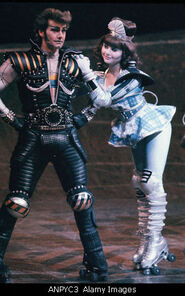 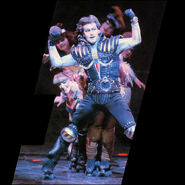 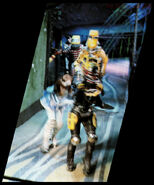 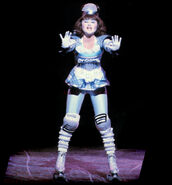