"Girls' Rolling Stock" is an upbeat number in act 2, in which coaches Ashley and Buffy (and originally Belle ) pick up Dinah's confidence by persuading her to fight back and win back her man, Greaseball.  It's a short, punchy number that allows the coaches other than Pearl to have a moment in the spotlight.

Dinah, having been dumped by her boyfriend and pushed around in "The Rap", has poured out her heart to her friends in "U.N.C.O.U.P.L.E.D.". Now the other coaches advise her to pick herself up and fight back.

As the title suggests, this song is a reprise of Greaseball's opening theme "Rolling Stock". The vocals are mainly sung by Belle and Dinah. Ashley and Buffy sing the harmonies while dancing. Once Belle was removed from the show, Buffy and Ashley were required to sing more extensively. The song was also re-choreographed at the time.

The song is called "Girls' Rolling Stock" in the German production.

The song was cut from the 2004 UK Tour, but reinstated for the 2012 UK Tour with new choreography.

It was cut as part of the Bochum 2018 revisions.

The lyrics and the distribution of some lines were slightly changed in 1993, giving one of Ashley's lines to Dinah and having Buffy and Ashley sing the "Rolling Stock" part at the end together.

Later Dinah's line "Ich will ihn!" at the end was changed to "Ich geb' nicht auf!"

Not to long before the song was cut from the show in 2018, the lyrics of the intro received a revision: 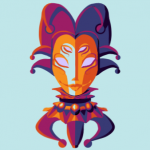 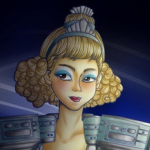 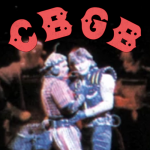 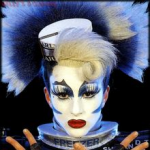