Marvin Engran (Purse) is appearing in his fourth company of Starlight Express, having previously appeared in New York, Japan/Australia and Germany. He has also appeared as Mr. Mistoffelees in Cats. Other Broadway shows include The Wiz, West Side Story, and The Prince of Central Park plus many industrial films and dance companies.

Marvin received a B.F.A. at North Carolina School of the Arts and trained with Alvin Ailey.

He has been associated with Cats and The Wiz on Broadway, playing Mistoffelees in Cats , on the National tour, and The Messenger in The Wiz in the Broadway revival. Marvin has played in regional theatre in the U.S.A. in various roles including Benny in Guys 'n Dolls, Jester in Once Upon a Mattress and Pepe in West Side Story which he left in order to fly to London to start rehearsals for Starlight Express.

Other work includes trade shows for MacDonald's and State Farm and dance soloist and singer in Hurray for Hollywood, Eighty with Fort Eight, New World Festival of Arts and The 1986 Liberty Closing Ceremonies. 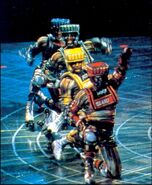 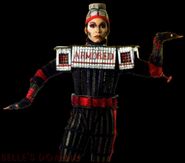 Purse, Las Vegas 1993
Add a photo to this gallery
Retrieved from "https://starlightexpressmusical.fandom.com/wiki/Marvin_Engran?oldid=44462"
Community content is available under CC-BY-SA unless otherwise noted.