Starlight Express the Musical Wiki
Register
Don't have an account?
Sign In
Advertisement
in: Cast US Tour 1, Cast Vegas, Cast Swing,
and 2 more

Ashley, Swing
Meera Popkin-Tarack (née Popkin) is a teacher, author, and part-time actor. She performed in Starlight Express on tour across America and in Las Vegas.

Having retired from performing full-time, Meera lives a ‘simple, suburban life’ with her family in Indiana, where she works as a schoolteacher. She has also written a number of books and acts ‘on the side’ in local theatre.[1]

Meera Popkin (Ashley) has appeared on Broadway in Cats. In London, she replaced Lea Salonga as Kim in the West End production of Miss Saigon. She has also appeared in the U.S. tour of Starlight Express, Off-Broadway in Stephen Sondheim's Anyone Can Whistle, in Stephen Schwartz's Children of Eden at Playwright's Horizon and in numeroud regional productions and national TV commercials. Pop would like to express her gratitude to everyone involved with this production for their genuine love and support. 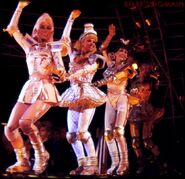 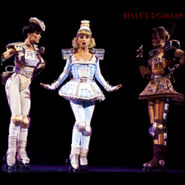 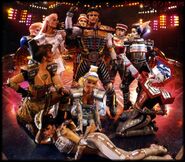