Michelle Ballentyne was born on June 18th 1969 in London. She trained for three years at Laine Theatre Arts where she attained her AISTD teaching qualification, with distinction in cecchetti.

She was a member of the Union Dance Company for a year before joining the company of Cats in Germany. Michelle has appeared in several pop videos and on television both here and in Germany. 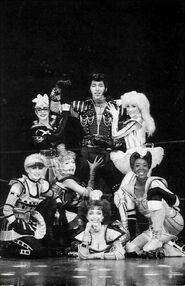