Nigel Casey (Greaseball) started his entertainment career as a Bluecoat for Ladbrooks and Pontins' Holiday where he worked his way up to Entertainments Manager. He was then in Germany for two and a half years appearing in cabaret, theatre and television, returning to England in 1991 to join the London cast of Starlight Express as Greaseball. At the end of his one year contract he cruised the Western Hemisphere as guest vocal entertainer for Princess Cruises. He is very happy to be once again performing the role of Greaseball in Starlight Express. 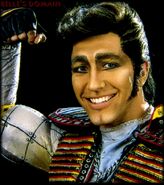 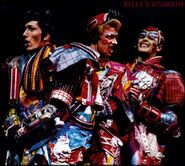 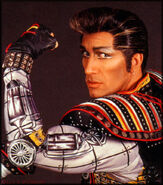 Bochum, 2001
Add a photo to this gallery
Retrieved from "https://starlightexpressmusical.fandom.com/wiki/Nigel_Casey?oldid=45394"
Community content is available under CC-BY-SA unless otherwise noted.