Paul Reeves (Flat-Top) Paul's first professional engagement, after leaving The Arts Educational School, London was in Aladdin at The Theatre Royal, York. Since then, his credits include West Side Story at Perth, playing Baby John, No No Nanette at The Connaught Theatre, Worthing and H.M.S. Pinafore at Nottingham Playhouse. Paul can frequently be seen as a dancer on BBC's Top Of The Pops and recently appeared in Granada TV's Video Entertainers. Prior to Starlight Express, Paul completed a season at Nottingham Playhouse, appearing in The Matchmaker, Mother Courage, Hamlet, Coriolanus and The Gondoliers, in which he played Antonio. 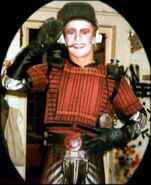 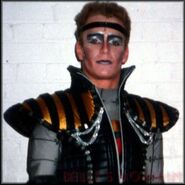 Add a photo to this gallery
Retrieved from "https://starlightexpressmusical.fandom.com/wiki/Paul_Reeves?oldid=42808"
Community content is available under CC-BY-SA unless otherwise noted.