Robert trained at Essex Dance Theatre and Arts Educational, before joining the London production of Starlight Express in 1989.

From there, he branched out into the world of contemporary dance, performing around the world with the Union Dance Company and Bunty Matthias and company. Robert has spent the majority of his career dancing for pop groups and artists, including: Take That, the Spice Girls, Whitney Houston and Cher.

Robert played the roles of Hoppers 1, 2, and 3 on the last UK tour of Starlight Express and is delighted to be involved in this new production.

Robert Nurse trained at Arts Educational Schools and began dancing at fifteen with the Essex Dance Theatre performing in numerous dance and cabaret shows and touring with them to Northern Italy. Starlight Express is his first West End show and he would like to thank Becky for helping him achieve this goal. 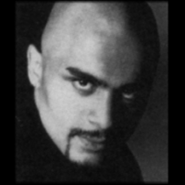