Other work includes seasons with the National Theatre, The Duke's Head Theatre Company and various television appearances including The Bill, the role of Wallcott in London's Burning and Small World.

Sebastian Craig (Cover Rocky 1) Born March 10th 1963 in London. First starting acting at the age of 15 with The Sylvia Young Theatre School, where the next two years were spent doing drama and movement classes, which led to a keen interest in Dance He then went on to study Dance at The Arts Educational College for three years.

His interest in Dance has also taken him to America, where he did Summer School at the Alvin Ailey Dance Theatre. He has had some minor TV roles and done promotional videos for Mean Michel Jarre. 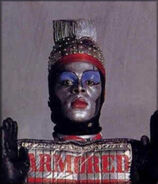 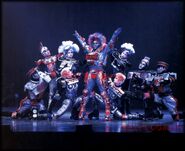