Simon Harrison-Scott (Hashamoto) started dancing at the age of sixteen. He studied for two years at the Northern Ballet School in Manchester. During this time he appeared in various fashion shows and also in It's Wicked for BBC television.

Upon leaving college, Simon joined the original ensemble of Starlight Express in Bochum, West Germany playing the rolesof Turnov and Flat-Top. Simon has also appeared in Dick Whittington at the Manchester Palace and Robin Hood at the Doncaster Dome. Television appearances include Hooked, Stay Lucky and Families. 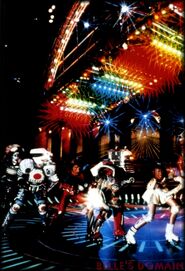