He was in the workshop of Super Alice Smith (Trafalgar Studios, London) and It's a Wonderful Life, playing Young Sam (Riverside Studios); Genie in Aladdin (Lyceum, Sheffield); Michael Darling in Peter Pan (Derngate, Northampton) and ensemble in various other pantomimes.

Stuart has just filmed a commercial over in Lisbon for Carlsberg, which will be aired ahead of Euro 2012. He created the role of Dom in Party Play, a pilot show for the Playhouse Disney Channel. Other television credits include: StarTech ident (Channel 4) and Leute Heute, with Right Said Fred, which was aired in Germany. 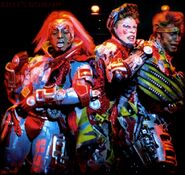 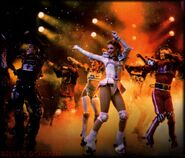