He performed in productions of Starlight Express in Bochum and Las Vegas, and is currently a performer at Walt Disney World, where he has worked for over 20 years.

Bobby is married to fellow Starlight alumni Jim Harrison, whom he met in Bochum in 1991[1].

T. Robert Pigott (Caboose) grew up in Maui, HI where he began his career as a Munchkin in The Wizard of Oz at age eight. From there, things only got bigger and better. After Studying theatre at Yale University, he's been seen performing all over the world. Credits include Alan in a National Children's Theatre tour of Babes in Toyland, Baby John in the European tour of West Side Story, and Caboose in the German production of Starlight Express. He is thrilled to finally be working on stage with his best friend, Jim Harrison. 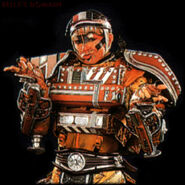 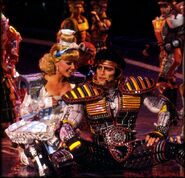