Winsor is a self-trained dancer who went to open class in jazz, ballet, and tap. He was chosen to dance in the Thyme 200 Years of Dance in Nottingham. He later appeared in cabaret clubs with a group called Shazam, and toured England and Europe. He then worked on the famous TV program The Muppet Show on tour around England and France. He also appeared as a model in local papers. As well as all this he also runs his own small business. 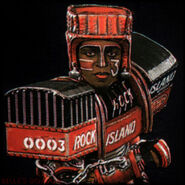