Winston Pitt was born in London in 1960. He trained at Arts Educational Schools between 1982 and 1985. He has worked on many television videos, dancing and acting with such artists as Fergal Sharkey, Eddie Grant, Miami Sound Machine, Barry Gibb, Culture Club and David Bowie In 1986 he was a backing vocalist with the major rock band Dead or Alive on their British tour.

Winston first joined the company of Starlight Express in 1986 playing Rocky 1. He left in 1988 to work with Shezwae Powell at the Donmar Warehouse. Recent work includes backing vocals with the Enrico Valdez Orchestra, television appearances in the Cha Cha Club and most recently, backing vocals and a video with Robert Palmer. 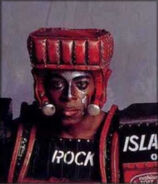 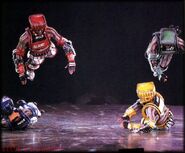 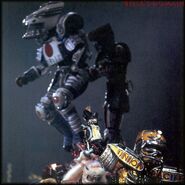 Rocky 1, Japan Tour 1990
Add a photo to this gallery
Retrieved from "https://starlightexpressmusical.fandom.com/wiki/Winston_Pitt?oldid=44657"
Community content is available under CC-BY-SA unless otherwise noted.